You are here: Home / Blog / Sächsisch – the world of German dialects

When I started learning German, I had a vague dream of becoming fluent in a not so near future. I would read through my first texts trying to tell verbs from nouns and I would listen to helpful although not that informative recordings on how to say hello to strangers. That was more than six years ago, before I got to live in Leipzig for almost a year and made Berlin a sort of second home I always could come back to. I still have problems with some German words and I make tones of mistakes, but I would say I am nothing but proud of these misunderstandings and strange colocations: they mean that I can communicate in this beautiful yet challenging language.

There are a few language situations that make non-natives jump out of their skin and one of them is entering the unpredictable world of accents and dialects. Suddenly everything you though you knew about a language is not right anymore and you find yourself unable to tell the difference between simple words like yes or no. The comfort zone you carefully built around your abroad experience is shattered without a warning. This very safe space filled with common phrases and those idioms that took you so long to master does not seem to matter anymore.

Maybe I am getting a bit carried away by the language drama, but there is one universal truth to language learning: it is a process that involves vulnerability and being open to new things. I still remember my first conversation with a person who spoke Sächsisch, the traditional dialect of Saxony. I was two months’ shy from my intermediate German exam and I had trouble to understand what she shared with me about apple pie recipes and cold weather.

Since then I have encountered Sächsisch quite often, as I have almost only lived in Saxony: first two semesters in Leipzig, now my time as a volunteer in Dresden. I have even received a Sächsisch-Deutsch dictionary as a birthday present! Being the language nerd I am, it is no wonder that I decided to learn about the dialect in order to understand its particularities. Languages do not exist in a vacuum, they are an essential part of culture shaping and go beyond the narrow concept of speaking. 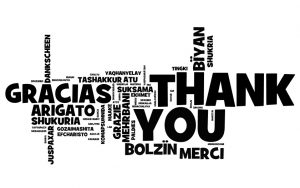 Saxony is located in the eastern part of Germany. In reality, that means a border with Poland and Czech Republic. For that reason, some words that exist in Sächsisch are actually closer to Czech and might be confusing for a non-native speaker like me. The first time I heard “nu” as a way to show agreement I thought that I had been caught in some intercultural lapse. It sounded like no, but it meant yes. Other singularities of Sächsisch have to do with phonetics, rendering conversations quite the challenge. I am fascinated by the transformation of voiceless consonants like K, T, P in voiced consonants like G, D, B.

Many questions I have about Sächsisch are somewhat related to the scientific and cultural difference between concepts like languages and dialects. There is no clear consensus on the topic, despite research and attempts to measure criteria like mutual intelligibility. Understanding languages and/or dialects as a phenomenon which deeply influences our perception of our social and cultural environment and our sense of self means adding another layer of complexity to the topic. I wonder how Sächsisch is seen in Saxony and in other German Bundesländer. I wonder why do people speak Sächsisch and how they feel about it.

I decide to leave my comfort zone of books about linguistics and to turn to the Internet. I have already asked German friends and colleagues about the perception of Sächsisch, as my interactions with people who actually speak the dialect are a bit limited. The answers are quite mixed, but they all point quite in the same direction: stereotypes and clichés about the dialect, German history and GDR times. In an article from Die Welt Fanny Jiménez writes about the cultural reasons behind the perception of Sächsisch and in Die Tageszeitung there is an interview with Annekatrin Michler about stereotypes around the dialect. She problematizes the differences between the two Germanys before the Einheit, explores the so-called Eastern Germany mentality and tries to find broader answers to these questions. She makes a point about German identity that should not go unnoticed. If we as a society are only able to perceive Eastern Germany as related to injustice, dictatorship, the Stasi (secret police during the GDR times), torture, violence and surveillance, we damage the concept of Eastern Germany and, by doing so, we also damage people´s identity. Another reason for this rejection of Sächsisch might have something to do with the bad experience many West Germans had when they visited the GDR, an image therefore imprinted on their minds.

Coming from Galicia, where both Galician and Spanish are spoken and there is still a lot of stigma around my mother tongue, I can not help but being very interested in these social topics. After exploring these bittersweet inputs, there is still room for something else. I would like to leave you with this interesting interview with the actor and cabaret artist Uwe Steimle, who shares some of his insights on the topic.

This website uses cookies to improve your experience while you navigate through the website. Out of these, the cookies that are categorized as necessary are stored on your browser as they are essential for the working of basic functionalities of the website. We also use third-party cookies that help us analyze and understand how you use this website. These cookies will be stored in your browser only with your consent. You also have the option to opt-out of these cookies. But opting out of some of these cookies may affect your browsing experience.
Necessary immer aktiv
Necessary cookies are absolutely essential for the website to function properly. These cookies ensure basic functionalities and security features of the website, anonymously.
Functional
Functional cookies help to perform certain functionalities like sharing the content of the website on social media platforms, collect feedbacks, and other third-party features.
Performance
Performance cookies are used to understand and analyze the key performance indexes of the website which helps in delivering a better user experience for the visitors.
Analytics
Analytical cookies are used to understand how visitors interact with the website. These cookies help provide information on metrics the number of visitors, bounce rate, traffic source, etc.
Advertisement
Advertisement cookies are used to provide visitors with relevant ads and marketing campaigns. These cookies track visitors across websites and collect information to provide customized ads.
Others
Other uncategorized cookies are those that are being analyzed and have not been classified into a category as yet.
SPEICHERN & AKZEPTIEREN