You are here: Home / Blog / My very busy spring

my EVS project is slowly coming to an end, spring is over and there are only 2 months left of my voluntary service, but I have already gained so much experience and impressions that I will surely have something to remember in the coming years. 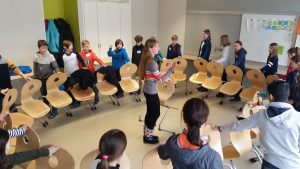 Class councils, a trip to Lidice and Actionbound tours

In March we organised a new serie of class councils, this time in the grammar school Bürgerwiese with pupils of the 5th grade. For this I was able to try a few games with children, e.g. kicking chairs and building up a rope net. They were excited about both of them. 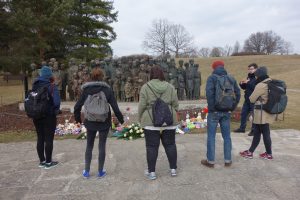 The class councils followed the first educational trip, which I co-organized and supervised. Together with our member Nelly, I was the supervisor of this trip to Lidice, a Czech village that was razed to the ground during the Second World War by the National Socialists and then rebuilt. Despite my worries it went well, left all participants deeply touched and gave me more certainty in the seminar planning.

In April, I spent a week at home with my family and friends, so I could relax, present souvenirs and buy some useful things. After returning to Germany, I worked on interactive Actionbound tours. 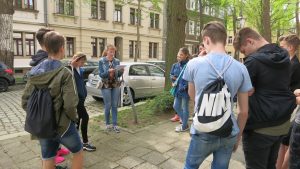 These were new tours on “national socialism” in the Pieschen district. In the implementation, I had an opportunity not only to practice my guiding skills, but also to get some new knowledge about this district. I’ve seen some places, like the children’s memorial at St. Pauli Cemetery, for the first time in my life, and that was an interesting discovery in the city that I thought I already knew quite well.

Movie night, youth exchange in the Ukraine and further trips

In addition, I was busy preparing my movie night, which I performed at the beginning of May in the Filmgalerie Dresden. The movie we watched was the British drama “Suffragette” and dealt with the struggle for women’s voting rights in Britain at the beginning of the 20th century. For this I´ve selected the most expressive film scenes and created a small presentation with background information about the historical persons and events. 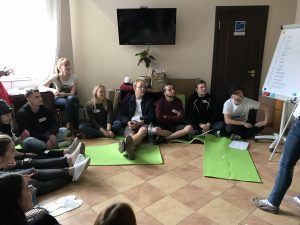 Since the participants themselves were mostly women, the subject fascinated them and caused an one-hour discussion about the film and women’s life in general.

But my strongest impression is of the event that lasted the whole last week – the first part of the German-Ukrainian youth meeting “Time to act”, which took place in the Ukrainian city Lviv.  There I went with two other supervisors, Nelly and our new intern Franz, and eight German participants. 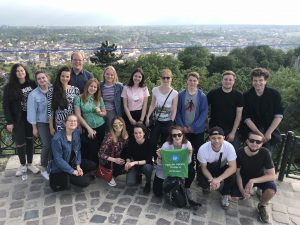 There we met with eight Ukrainian participants. Together, we explored the subject of “Civic engagement” by attending several workshops, meeting representatives of various NGOs and, of course, exploring the city with its rich history and culture. All this we have organized in close cooperation with Diana of the German Youth in Ukraine, which was very productive and went well.

In my free time I went on with travelling. I also visited Vienna, Rome and Amsterdam and saw a lot of sights ranging from ancient constructions such as the Colosseum or the Pantheon, historic buildings such as the Vienna State Opera, to exotic districts such as the Red Light District. 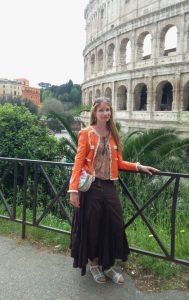 In addition, I have also visited various places in Saxony, including the noble Semperoper, where I have viewed the Italian opera piece “L’elisir d’amore”, and the fun Dinosaur park near Bautzen, where dinosaur figures in the original size are available for climbing and observing.

I hope the rest of my project will be just as fruitful and as much fun as it has always been.